Teacher Pat Habicht is a big fan of poetic form, particularly the sestina. This site has the rules of the form, which includes choosing six "end-words."

My favorite book on form is by Ron Padgett. 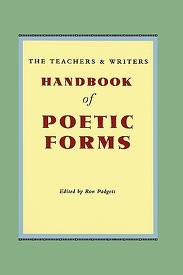 It takes some skill to stretch those six words, which each appear at least seven times in the poem. To prepare middle schoolers for sestina writing, I do a workshop on wordplay.

The model poem is "Murder Most Vowel" by Robin Hirsch. You can find it in the book FEG: Ridiculous Poems for Intelligent children. 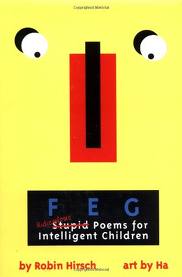 (Read a review of FEG by Naomi Shihab Nye here.)

Begin by choosing a one syllable word. I picked BEAN.

Now run that word through as many vowel sounds as you can. You don't have to use all of them in your wordplay poem, but it's good to have choices.

These are going to be the end words for the lines in a short wordplay poem. It may not make sense. That's okay. Try to weave the end words around a silly little story.

I had several failed attempts and thrown out beginning words ("mood," "chair," "Sam" -- none of which worked for me), before I settled on "BEAN." When you're writing, aim for a last line with a joke or an off-rhythm, just as Robin Hirsch does in "Murder Most Vowel."

Here is my poem:

“What’s for dinner Mom?” asked Ben.
“A casserole of fish and bean,”
Mom said. “Look out! Don’t eat that bone!”
A rib stuck in his throat, the bane
of Ben’s young life – since then he has been
floundering.

Ms. Habicht and I allowed the students to work in small groups or alone. Composing a poem around a list of words is a challenge, but the middle schoolers were up to it.
Here are some of their wordplay poems. These samples will give you a good idea of how creative kids can get with this lesson. 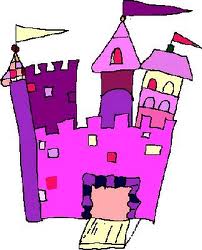 Expectations of  a Love Story

By Courtney B. and Madison F.
Beginning word: "Read"

If you read
about a rude
man who rode
to town to raid
the castle to rescue
the princess to ride
off into the sunset,
remember to rest.
Wily Will’s Wheel
by Hannah K. and Johanna M.
Beginning word: "Wall"
Once, there was a large, navy-blue whale
who swallowed a round wooden wheel
that was used to make fuzzy silver wool.
The wheel’s wily owner, Will,
chased the whale into a well.
Will dove through the well’s wall,
and the whale swallowed him whole.

This one cracks me up:
Fabio’s Fall


by Jack C. and Ryan S.
Beginning word: "Fall"
On a cold fall
day, a boy named Fabio fell
into a ditch. He was trying to file
his newspaper clippings full
of interesting facts.
As he fell, he yelled, Fail!
It was his own fault.
He felt like a total fool.
Fabio is still stuck in the ditch with a major concussion and two broken legs.
Madison and Kelsey's poem gives a good sense of how you can build a little story around the word list.
The Stolen Sail
by Madison W. and Kelsey L.
Beginning word: "Sale"
There once was a guy named Sal
Who lived in a horse’s stall.
He stole a sail
That wasn’t on sale.
He went and sat on his stool
By the window sill
After months of searching for him, he was finally caught.
Hannah's poem is one of my favorites from this workshop. It turns out, you don't have to be silly to play with the words in this exercise. 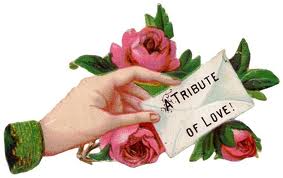 It’s not shaped like the candy hearts
that melt sweet words on my tongue. It can hurt,
for it’s not always perfect, and can hit
you anytime, anywhere. It fills you with a heat
that burns through your heart, red hot
like a wildfire in July’s height.
It doesn’t know hate,
nor does it give a hoot
about appearance or heft.
It is something I can’t wait to be hoisted
up by. It is love.
I hope you have a chance to try this lesson with your own students. I'd recommend it for advanced 5th grader writers through adults. As I said, it's a challenge, but can also be fun.
Tomorrow, I'll post a sestina written by one of Ms. Habicht's eighth grade classes. They are preparing to move on to high school, which is the theme of their group-written sestina.
Posted by Author Amok at 12:32 AM

Laura, love this. Plan to use it with my adult workshop/retreat participants. Thanks for sharing it!

Hi, Joann. Let me know how it goes. If you send me an email, I'll get you a copy of my worksheet with the Robin Hirsch poem. Feel free to use it and/or make revisions.

Thanks for sharing those terrific poems!

Thanks, Tabatha. It's a fun lesson. I wish I'd been able to post "Murder Most Vowel" to show you all the model poem.