Big Lots, Wal-Mart, the airport or amusement park -- all are great for people watching.

How often have you traveled home from shopping, shaping in your mind a report for your mother, sister, significant other: "You won't believe what I saw at the mall!"

We were at Busch Gardens in Tampa yesterday. While I was getting soaked on a river-rafting ride with the kids, my mother watched safely from a bridge. As soon as we were off the ride, she told us about a man she observed. He'd fed quarter after quarter into a water cannon, shooting bursts of spray at the people on the rafts.

My Maryland poet of the day is Kathleen Hellen. She also goes by the name Shiori, and has a new book out under that name: The Girl Who Loved Mothra. 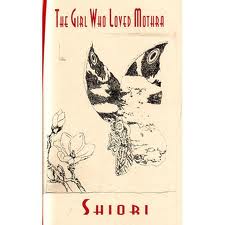 Kathleen's poem, "Neither Can You Steal," begins with an observation -- people talking in a parking lot. How much of the poem is "real" doesn't matter. There is emotional truth in the experience Kathleen describes here.


Neither Shall You Steal

After shopping at the Big Lots, headed for the car,
she sees the child has something in his fist.
“What’s this?” she asks, leaning in,
his small fingers locked around an artificial
flower. A silk gentian from China, so breathtakingly real
she has to feel it when he holds it up, and she says, “Joey,”
the shadow of a frown descending on a child’s right from wrong.
She knows she taught him better— “It’s for you,” he says,

Writing Exercise:
Next time you out and about and observe a conversation that catches your ear, think about what you found interesting. In Kathleen's poem, it's how the child and the mother's perceptions of the same event are wildly different.

Let's use "Neither Should You Steal" as a model and write in the third person this time. Keep yourself out of the poem, an omniscient observer. Let the dialogue and body language speak for itself, without allowing the narrator to act as judge.
Posted by Author Amok at 4:10 PM