Freelance Flashback: Ringing in the Holidays 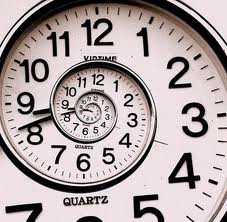 Thanksgiving fell early this year. It felt a little strange to have our holidays decorations -- a blend of Christmas, Hanukkah, and general goofiness -- up well before December first. And, yes, we have an odd collection of ornaments whose star is a wooden lobster.

My son confirmed that his school band is already practicing music for the holiday concert.

Sometimes, I feel as if I could do without all the fuss of the holidays. Decorating and shopping aren't my thing. What I could not do without is music (and baking).

If you've never heard Setzer's version of the Nutcracker Suite, consider this  my holiday gift to you.

Several years ago, I wrote a Baltimore Sun feature on our area's only public school handbell choir. They were practicing for a December concert. Handbell is an interesting art form. Rather than play all the notes written for one instrument, handbell musicians must watch the music and play only the notes for the bells they are assigned. One of my interview subjects said it's like having a conversation in which you are only in charge of certain words.

make the best musicians, at least when it comes to handbells. While adults who play bells might feel inhibited or awkward, the fifth graders that Hoffner directs enjoy swinging their arms loosely as they ring their bells.

Hoffner, longtime vocal music teacher at Lisbon Elementary, has directed a handbell choir at the Woodbine school since 1993.

"It's amazing what 10-year-olds can do. These kids

are playing pieces that adults have trouble with," he said.

The Lisbon Elementary Handbell Choir will perform during the Howard County Children's Chorus concert at 3 p.m. today at Mount Hebron High School. The event is free.

The first year he ran the program at Lisbon Elementary, Hoffner borrowed a set of bells from Wilde Lake High School. The group was such a success

that, according to Hoffner, "My principal said, `I'll buy two octaves if your supervisor will buy the third.'" That set of 40 bells cost $5,000, and the school has had a handbell choir ever since.

At the end of each school year, Hoffner tests the entire fourth grade for the handbell choir. He looks for children who can follow music, even if they cannot read the notes.

"They just have to be able to focus and count and know what beat they're ringing on," he said. Hoffner chooses 11 fifth-graders for the choir. They practice one hour each week.

Rob White, instructional facilitator of music for the county schools, said the handbells are "a good extension [of the music curriculum] in that students will be able to use their note reading skills and their team, cooperative group effort in putting a piece of music together."

No single musician plays a full melody or bass line. Each plays only the few notes they are responsible for, wherever those notes appear in the music.

White compared playing the handbells to having a conversation in which you are only in charge of certain words. "You can imagine the teamwork required and the listening required," he said. "The smoothness of it really takes skill."

Students do learn to read rhythm and special musical notation for handbells. In some songs, they hit the bells on a padded table to create a percussive sound. These "table damps" are marked in the music with a small, downward-pointing triangle.

Unlike a regular bell, handbells are played upside down, with the clapper pointed up. Players swing their arms to sound a note, then pull the bells up to the front of their shoulders to stop the sound. When they ring the bells for a single note, it looks as if they are reaching forward or even punching the air.

Calvin Pitney, 11, plays some of the largest bells. He said that playing is very physical, especially for the shoulder muscles. "After the first practice, they were really sore," he said.

All of the students wear gloves when they play. This protects the bells from oils but also saves their hands from blisters, particularly when they play large bells, which can weigh over three pounds.

When the children play, the air in the room resonates with the sound. "Sometimes it sounds like fairy music," said Patricia Elia, 10, who plays high bells.

"The sound of the bells is very reminiscent of when you hear the church bells," White said. He associates the bells with a time in history, "prior to everybody having clocks, everybody having mass communication. It was a way for them to ring, if there was a [church] service."

Karyn Hobson, who co-directs the Howard County Children's Chorus, said, "It's lovely to have them [the handbell choir] with our winter concert. ... You just seem to think of them around the Christmas holidays, so it's a very nice addition to our winter program."

, the handbell choir will play for about 20 minutes while the children's chorus takes a break. The two groups have been appearing together for about nine years. "It's amazing how talented these kids are and how they sound like such an ensemble," Hobson said.

The handbell choir is playing the "Carol of the Bells," and other holiday and winter-themed tunes. "Snow

Lay on the Ground" is 10-year-old Sarah Girard's favorite. "I like it because it's challenging," she said. The song is popular with the children because it uses almost every bell.

"They're a team, just like a sports team. They realize that it takes all of them to be able to play a song together," Hoffner said. "It's amazing when they're playing. I like to see the concentration on their faces. And they're happy."

Watch the Golden Bells of Atlanta playing "Carol of the Bells" and you'll get a sense of the musicianship and atheleticism handbells require!

I was glad to learn that Lisbon's handbell choir is still active, under a new director.

Are you a former (or current) freelancer? Would you like to take back an article from the hungry maw of the Internet? Send me a message -- I'll feature your piece in the Freelance Flashback series.
Posted by Author Amok at 8:39 AM

The handbell music is so pretty! I LOVED it. Thanks for the article and posting the video clip.

Thanks for the comment! I am glad you liked the story.