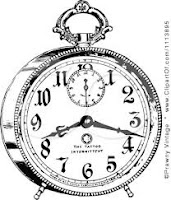 A menorah in the window and a Christmas tree in the family room -- that's how I grew up. Though my mother converted to Judaism after my parents married, she kept some of her Anglican traditions. Giving up her English trifle, crackers on the holiday table, and Christmas tree were unthinkable.

We celebrated the best of both holidays, what some folks now jokingly call Chrismukkah.

Now my own family is interfaith. This week finds us finishing our Christmas shopping as we celebrate Hanukkah. Last night was latke night!

Back in 2001, I was thinking about our blended holiday traditions. I knew there were other families out there like us. The Costellos, for instance, had a child at my kids' preschool class at the time. (Our sons now attend high school together.)

Here is the feature I wrote for the Baltimore Sun's Howard County edition.

Traditions: The prominence of Christmas poses challenges for parents of different religions.

When Susan Krew's family arrives to celebrate Christmas at her home, they will find lights in the windows, festive bows lining the staircase and a holiday centerpiece on the table. Krew, however, has warned her mother and siblings that the house is not "Christmassy." All of the decorations are blue, white and silver - for Hanukkah.

Krew converted to Judaism before marrying her husband, Jeffrey. Though many Jewish families limit Hanukkah decor to a lighted menorah in the window, Krew enjoys making her Dorsey's Search home look festive. "It satisfies me," she said. "It makes up for the [lack of a] Christmas tree."

The Costello family, also of Columbia, has decided to celebrate aspects of Christmas and Hanukkah. Stephanie Costello is Jewish, but agreed to raise her children Catholic when she married her husband, Sean.

They have three sons, Benjamin, 5, Kevin, 3, and Gregory, 18 months. The elder boys are aware of the religious aspects of Christmas, but they also know their mother is Jewish and help her light a menorah. Sean Costello, a lawyer, said, "I would never want to have my sons denied the Jewish part of their heritage."

Stephanie Costello is among the estimated 28 percent of married Jews in the United States whose spouses are not Jewish. Interfaith couples and those such as the Krews, whose extended families are of a different faith, struggle to balance the many religious and secular traditions of the winter holidays.

Hanukkah, the eight-day Festival of Lights, began Sunday evening and will conclude at dusk Monday. Though other religious holidays in the Jewish year involve a higher level of obligation, the festival has become a favorite among many American Jews because of its proximity to Christmas.

"Hanukkah had little to do with gifts" in the past, said Rabbi Sonya Starr of the Columbia Jewish Congregation.

Traditionally, families lighted candles, visited friends and told stories to mark the occasion. But for some Jews, Hanukkah has become an opportunity to participate in the secular aspects of Christmas, such as gift giving and decorating.

Before this year, Susan and Jeffrey Krew's children, Alex, 9, and Amanda, 4, celebrated Christmas at their grandmother's house in Dundalk. Susan Krew said that her children know the holiday is part of her family's traditions. They understand "Grandmas celebrate Christmas," she said.

Although Krew's family accepts her faith, they do not always comply. Gifts to the children probably will be wrapped in Christmas paper.

The children "get hit with Christmas by my family," she said.

The message that Christmas is a national event can be overwhelming. Several local Jewish congregations sponsor programs about commercialism and the holidays. Starr recently led a group of Jewish and interfaith families in discussing "The December Dilemma." This national program is designed to help couples "work through all of the Christmas around us," she said.

Coping with Christmas fever can be especially difficult for interfaith couples with children. Carl Latkin and Amy Knowlton of Columbia chose not to celebrate the holidays early in their marriage. That changed when they started a family.

When kids came along, it became important to figure out some traditions for them," Knowlton said.

Latkin was raised Jewish, whereas Knowlton, a Christian, felt a lack of religious identity growing up.

The couple celebrate Christmas with Noah, 6, and Sophia, 3. But this year, they also are having a Hanukkah party for interfaith and Jewish friends they have met through the children's Jewish school, Bet Yeladim.

Studies have shown that interfaith families are most successful when parents are clear about their children's religion. Otherwise, the children may view choosing a faith as favoring one parent over another.

"It's better to tell them they are one religion," Starr said.

Children can help the parent of the other faith celebrate his or her holidays, just as one helps a friend celebrate a birthday.

Interfaith families recognize, however, that finding just the right blend of traditions takes time.
"We mutually decide what [traditions] seem most meaningful for both of us," Latkin said.

His wife agrees. Celebrating the winter holidays "is a work in progress."

Whatever you celebrate, happy holidays!
Posted by Author Amok at 7:20 AM