After last Friday's tragedy at Sandy Hook Elementary School, I was reminded of this article, from December, 2001. It appeared in the Howard County section of the Baltimore Sun, just a few months after September 11.

That terrorist attack happened when I was on my way to Mom's Club with my toddler and eight-month-old baby. They are aware of those events, but have no memory of them. Nor do they remember the pair of snipers whose shooting spree meant my son spent his first several weeks of kindergarten in a constant state of lock down.

In many ways, we are shaped by these events. I will always remember when the Challenger disaster was announced over our high school PA system.

When the initial shock and grief is over, what do we do to remember and recover from such tragedies? As my friend, poet Ann Bracken, said to me today, these events affect society because they are moral injuries, conflicting with our sense of right and wrong.

While we can't make it right, we can make something out of our strong emotional responses. And we can help children do the same thing, as this group of elementary schoolers did in December, 2001.

Fourth-graders at Clarksville Elementary School were in Laurie Basham's art class when they heard the news of the terrorist attacks Sept. 11. Basham found herself having to let the frightened children know what was happening. In simple terms, she told them the news and tried to reassure them. Then she gave them the opportunity to turn their feelings into art.

Their responses, and those of other Clarksville Elementary schoolchildren, are on display on the school's Web site. Each grade level had a different assignment for the art project, including flowers and "patriotism," and the fourth-graders' symbolic rubbings.

"There was a correlation between the actual feeling of making the rubbing and feeling as far as expressing emotions," Basham said.

Fourth-grader Catherine Kim used the texture of her rubbing to show apartments burning. A crying face dominates her project. Angels rise to the sky above the fallen buildings. Catherine wrote "hope" at the top of her artwork to represent hope for people who lost their families.

"I really liked the candles in my project," she said. "That means the spirit" of those who died.

Some of the children's responses included images of airplanes crashing into buildings, but Basham was impressed with the thoughtfulness of the responses. Discussions in class helped the youths express their feelings about the attacks in words and through their artwork.

"They were really anxious," Basham said. "Making this artwork helped them feel like they were a part of everybody coming together."

That sense of unity is expressed in Clare Skelly's project. She and her fellow third-graders were assigned to create patriotic artwork. Clare's drawing shows a group of people gathering near an American flag and the slogan "We Stand United." Red, white and blue surround the image. "I care about our country," she said.

Basham thinks the children responded to the tangible nature of the project, the act of making something. For those who have trouble expressing themselves, art is a means for doing so, she said.

"My painting was showing people to not be sad because it was hanging on the wall," fourth-grader Kyle Butler said. "Whenever somebody would walk by it, they would feel better." He chose black paper for his project, filling the page with "hope" written in bright pastels.

Also on the school's Web site are art projects from the younger children. Flowers drawn in the style of Picasso were sent to hospitals in New York City and Washington to cheer victims of the attacks.

The Clarksville Elementary School "Talent Showcase" can be found at www.howard.k12.md.us/ces/ART/showcase.html.

Teachers, how are you helping your students process their fears and grief about the shooting? When words are too painful, do you turn to art? 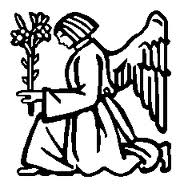