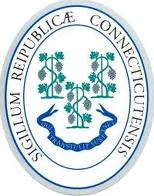 Connecticut -- the fifth state -- joined the union on 1/9/1788. That means we've got a lousy 2 for 5 record on state poets laureate, people. Because Connecticut (like PA and NJ) doesn't have one.

The "Constitution State" had a P.L. from 1985 until 2009. Their most recent state poet laureate was John Hollander.

And then Connecticut just kind of forgot. I'm guessing somewhere in Hartford, someone's got "Hire New Poet Laureate" on the bottom their to do list.

But "Vacant"? That makes the Poet Laureate position sound as appealing as an airplane bathroom.

J. D. McClatchy is a worthy Connecticut poet. His book Hazmat was nominated for the 2003 Pulitzer Prize.

Before I get too depressed about the East Coast's lack of poets laureate, here is a poem by John Hollander.