How many times have you been to a writers' conference and heard an editor or agent say:
Most of all, I'm looking for manuscripts that have a strong voice.

Someone in the audience always asks:
What do you mean, "voice?"

As authors, we get pretty cozy with our characters. Sometimes the lines become blurry. Does that sound like me or my character talking?
This weekend, I had a great visit with the Northern Virginia Writers Club. We did a short writing exercise on voice. I designed this one to help tune authors' ears.

Let's start with a poem by Marge Piercy. This one is part monologue, part character sketch.

My mother gives me her recipe


Take some flour. Oh, I don't know,
like two-three cups, and you cut
in the butter. Now some women
they make it with shortening,
but I say butter, even though
that means you had to have fish, see?


You cut up some apples. Not those
stupid sweet ones. Apples for the cake,
they have to have some bite, you know?
A little sour in the sweet, like love.
You slice them into little moons.
No, no! Like half or crescent
moons. You aren't listening.


You mix sugar and cinnamon and cloves,
some women use allspice, till it's dark
and you stir in the apples. You coat
every little moon. Did I say you add
milk? Oh, just till it feels right.

You can read the rest of the poem at the Writers Almanac.

At NoVA Writers, we talked about how the character of the mother is revealed through her speech -- both what she says and how she says it. We decided that this mother probably gives her child advice on everything with this blend of impatience and caring.

Now you're warmed up. On to the exercise.

1.  Choose a character from your work in progress.
2.  Give him or her a task. It should be something habitual -- work-related, a favorite hobby, a chore.
3.  Choose a second character to watch.
4.  As character one goes through the task, she explains what she's doing and how she's doing it.

The NoVA group had a lot of fun with this. Some of the responses were: 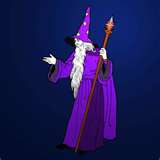 Here is mystery/thriller author Austin Camacho's fabulous response to the exercise (he wants you to know this is a first draft):

You see, dear, it's all about the touch.

When you walk up to the mark, he's got to be moving. He stops, you stop. Wait for it. Watch his eyes. There's this moment, this one sweet moment when he's about to stat or stop and he's thinking about what he's doing, and really THINKING, not feeling.


THAT'S when you slide up to him. Your eyes are on something else when you touch him. A little bump, right? Not hard, just enough so he feels THAT, not your two fingers slipping into his hip pocket.
You can find more of Austin Camacho's work at www.hannibaljonesmysteries.com 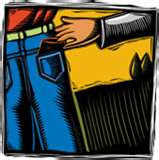 Many in the NoVA group reported that they didn't know their characters felt this way, or knew how to do the task, until they got writing.
Why does this exercise work? As in Piercy's poem, you are asking a character to explain something he or she normally does automatically, without thinking. Forcing her to put into words how she lifts a wallet -- that reveals character.
Posted by Author Amok at 2:32 PM

This looks like a great exercise. Thanks, Laura. I'll test it out on my students and report back!

Thanks for stopping by, Mary. Yes, please let me know how it goes for your students.