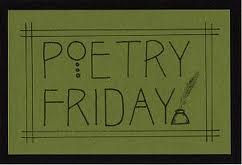 In the fall of 2010, when everyone else was complaining about Hurricane Irene as "the storm that wasn't," central Maryland was deluged.
I started following the blog of local poet Kay Weeks. Kay lives up the road from me in Old Ellicott City, where she observed a river flowing down Main Street. (Her Hurricane Irene series is here at her aptly named blog, A Walk into the Past. Old EC is a pre-revolutionary American mill-town. It was the terminus of the first 13 miles of track laid by the B & O Railroad.)
Kay was journaling about her storm experience online with a combination of prose, little poems called senryu, and yummy illustrations by artist Margaret Scott. The result was something beyond a typical journal. The senryu highlighted Kay's experiences, providing bite-sized insights. The poems were small windows into how one person's life has universal moments that speak to what it means to be human.
Here are two of Kay's observations from the storm:
Irene rages on
but my two cats are sleeping.
How I want their ease!

August 28…Morning…No power!
Talking to myself, cats, birds.
Buy ice, try to save food.
Wet towels scattered around.
A senryu, simply put, follows the form of haiku but focuses on human nature, rather than "capital n" Nature. They're known for being humorous or satiric, poking fun at human foibles, but modern senryu can be -- according to the Haiku Society of America -- "more like serious short poems in haiku form."
HSA also shares this pronunciation note:  "In Japanese, the word 'senryu' sounds like the English phrase 'send you' with a Spanish flipped-r in place of the d. For those unfamiliar with this sound, a three-syllable word, 'sen-ri-you' may be substituted in English, with the medial 'i' sound as diminished as possible."
Kay turned her satirical eye on herself again last fall, during a trip to Spain which was fraught with mishaps. They seem funny now. You can read the whole series, "Time Zones," here.
Kay hadn't event arrived at her destination yet when this happened (art by Margaret Scott):
Málaga
Arrive Málaga,
but luggage is in Frankfurt.
What more can happen?
Should not have asked that!
Deficit of Euros now
And I need a cab.
Finally, Kay was able to relax:
Costa del Sol sound –
Waves rolling into the shore:
Such gentle music.
No Luggage or Money
Recalling Wendy,
“You have everything you need.”
Ocean, flowers, friends.
And this poem written to her cat.
The days come at me
like a series of rolling waves.
No time to miss you.
I've been swept away by Kay's senryu journals. The project would adapt well to the classroom. Here are some possibilities:
If I were to do a Kay Weeks' style Senryu Journal now, it would have to be about my garden. I've been neglecting it for several years, and the gloves are finally back on.
This week, I began weeding the raspberry patch. It's so overgrown with grass that my husband wanted to dig it up.
Yanking long, dead grass --
like pulling a mean girl's hair.
She's gone! Room to grow.
Keeping a Senryu Journal for a specific span of time (a trip, a project) is a manageable poetic habit. During National Poetry Month, I'll be looking at many writing rituals and habits -- munching while writing, listening to music, scheduling dedicated writing time, even strange habits of famous poets. Look for a new post every day, beginning April 1. Several Poetry Friday regulars will be chiming in about their writing rituals.
Today's host is my dear friend Heidi at My Juicy Little Universe, our last Poetry Friday before National Poetry Month!
Posted by Author Amok at 12:11 AM

And I hope you get some raspberries!

Hi, Tabatha. Thanks -- isn't Kay's Senryu Journal enticing? Raspberries are looking good. There are some healthy canes buried in all those weeds.

If you just cut those raspberry canes all the way down, rake away the weeds, and the old wood, and let them start fresh, you should be well-rewarded with berries and poems! (The key is to be ruthless!)

Enjoyed reading Kay's poems, and happy to see you're back to gardening. Like your senryu -- "pulling a mean girl's hair" is great!

Thanks for the gardening advice, Diane. I know I should be ruthless, but I haven't cut down the dozen or so surviving canes, just cut them back. I'll let you know how it goes.

Jama -- thanks for the comment on my senryu. Those weeds are a good way to work out aggression.

I have just put "keep a garden senryu" on my to-do list. I love this idea.

Kay's journal is wonderful and I so appreciate you sharing. I'm getting back to my native garden after too long away myself. Feels good, doesn't it?

Hi, Susan. I'm so excited that Kay's journal resonated for you. I think she's doing something unique with this combination of poetry, journaling and artwork.

Gardening again feels wonderful. I'd rather spring clean the ground than the house any day.

A senryu journal is a wonderful idea.

Thanks, everyone. Just back from Mexico, so a new journal in the works.