Here's a surprise from the 50 State Tour of Poets Laureate: Idaho is the only state with a writer-in-residence, rather than a P.L. (or nothing).

Current Writer-in-Residence is multiple-prize winning Anthony Doerr, known best for his short fiction. There is a formal bio on Doerr's website, but it's more fun reading about him at the Idaho Commission on the Arts. That's where I found this great photo of Doerr. 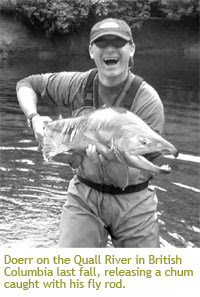 His best known book is probably The Shell Collector. 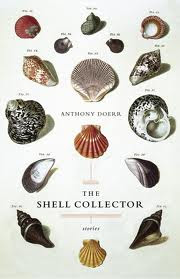 Did you do any shell collecting this summer? We did -- in Stone Harbor, NJ. 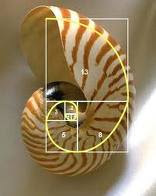 Inspired by summer, and the title of Doerr's book, I'm sharing "The Chambered Nautilus" by Oliver Wendell Holmes. It's an ode -- part biography of a shell, part mystical rumination.

With Nautilus shells, there's a lot to ruminate about. The chambers of the shell are a Fibonacci spiral.

This is the ship of pearl, which, poets feign,
Sails the unshadowed main,—
The venturous bark that flings
On the sweet summer wind its purpled wings
In gulfs enchanted, where the Siren sings,
And coral reefs lie bare,
Where the cold sea-maids rise to sun their streaming hair.
Its webs of living gauze no more unfurl;
Wrecked is the ship of pearl!
And every chambered cell,
Where its dim dreaming life was wont to dwell,
As the frail tenant shaped his growing shell,
Before thee lies revealed,—
Its irised ceiling rent, its sunless crypt unsealed!
Year after year beheld the silent toil
That spread his lustrous coil;
Still, as the spiral grew,
He left the past year’s dwelling for the new,
Stole with soft step its shining archway through,
Built up its idle door,
Stretched in his last-found home, and knew the old no more.
Thanks for the heavenly message brought by thee,
Child of the wandering sea,
Cast from her lap, forlorn!
Read the rest at the Poetry Foundation.
My favorite concept in this poem is that the shell brings the poet a "heavenly message." When we slow down and pay attention -- isn't that what happens during shell seeking? -- it is a kind of meditation. I hope you get some shell seeking in before summer ends (2 weeks!) 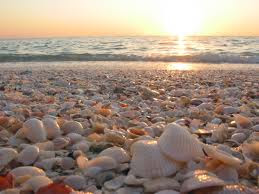 Today's Poetry Friday host is The Stenhouse Blog.
Posted by Author Amok at 6:57 AM

I'm a zoologist, and I love this poem. Such a beautiful tribute to nature. Thanks for sharing it Laura (and the gorgeous sunset).

"Leave thy low-vaulted past!" Holmes does draw a nice parallel between the two sets of "frail tenants" (the chambered nautilus and us).

Have a great weekend, Laura!

Someday I want to catch a fish that big on my flyrod!

No shell seeking here in Ohio in the next couple of weeks, but I'll do my best to get Zen about the humidity and the locusts' buzzing...

The Shell Collector is one of my all-time favorite story collections. Every single one of the stories is so beautifully crafted. I find Mr. Doerr's prose to be extremely poetic, don't you? His follow-up novel (which I can't think of the name of right now) was excellent, too.

Have you profiled the Poet Laureate of Montana, Henry Real Bird, yet? I might have missed it as I haven't been following my blogs as closely as I should this summer. I posted on The Small Nouns a week or so ago about him and his fascinating summer journey.

This series is a wonderful idea, by the way. Can't wait for more. Thanks!

I love the attentiveness of the poem, even though the style feels dated. It got me wondering what the poem would look like in modern voice. Hmmm.

Haven't read this poem in a long time. Thanks for posting it, and yes, I agree, shell collecting is its own meditation. I'll have to look for The Shell Collector. Interesting about the Writer-in-Residence vs. PL thing. . .

Hi, BC. I haven't read The Shell Collectors, so thanks for the recommendation.

Here is my post on Henry Real Bird: http://authoramok.blogspot.com/2010/07/50-state-tour-montana.html

I'll look for your post on him too. Glad you're enjoying the series. I've been having a great time with it.

Hi, Laura. Just wanted to stop by and say hello on my first Poetry Friday. I'm having a great time so far! One of my daughters loves to look for shells when we are at the beach, so thanks for sharing this poem. And thanks again for inviting me to join in today!

Hi, Kerry! I'm so excited to see you here. Will stop by your blog shortly. This year, we spent a lot of our shell seeking time looking for sea glass. Found some nice ones, too.

Check out Kurious Kitty next Friday for another shell poem, "Shell," by May Sarton. I try to do my blog postings in advance just in case something comes up...

Have a great weekend. --Diane

Thanks, Diane. Will do. I was surprised, researching this post, not to find more poems about sea shells.

Jama -- I thought so too. Better to have a writer-in-residence than nothing. What if states had a WiR and cycled through different disciplines? Would poets take issue with that?

Just found out this weekend that Mr. Doerr has a new collection of stories available in hardcover. "Memory Wall: Stories." Looks as excellent. I can't wait to get my hands on a copy.

Thanks for the tip. I'm not a huge short story reader, but I've put his book on my wish list.