five beats in one line
second line has seven beats
last line -- five again
-- the kind of "technically, it follows the rules of haiku" spoofed in this great Get Fuzzy strip.
Or... you can spend a lifetime studying the intricacies of this short Japanese form poem.

Continuing with my National Poetry Month of Maryland poets, we are visiting with Tim Singleton today. Tim writes a poetry column, "Poet's Corner," for one of our local newspapers, Generations.

Smugly, I once thought, haiku are short, I should be able to write those... if I have some success writing them, maybe, just maybe there is more to this writer side of me that I should pursue.

What a trap! I haven't been the same since.

Small and seemingly simple, they are so much more than the easy and mistaken math learned of the form in elementary school, the 5-7-5 march toward a seventeen syllable poem that has something to do with nature.

At the core of writing haiku is the practice of being aware and turning the connection of the senses and perception into the slightest of words so that another can share - from just those words - the same experience. Incorporate the tradition elements of the form, things like kireji and kigo, and the
practice deepens.

Not an easy task, but a task full of wonder and joy, one that influences not only other forms of writing, but the very way one participates in the world.

A Selection of Haiku
by Tim Singleton

introductions --
the cocktail's cold
in her handshake

(The poem above is actually a senryu -- read the definition at the Haiku Society of  America.) 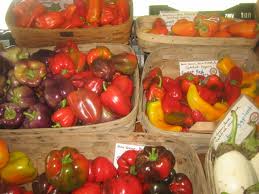 Writing Exercise
Go beyond the 5-7-5! Haiku can operate like a photograph in words. They often contain two images that create a kind of conflict, motion or story when placed next to each other in the poem. The reader has to do a little bit of work.

Look at Tim's "lunch hour" haiku. What does the glistening brow tell you about what has just happened at the pepper stand?

Marylanders -- we have our own Haiku organization. The Haiku Poets of Central Maryland.
Posted by Author Amok at 12:32 PM