I may be a poet, but I am also a Star-Trek-loving, coulda-been-an-entomologist, show-tune-singing NERD. (Here's one of my nerdiest posts EVER. Nerds like to back up statements with evidence, such as past nerdy blog posts.)

Earlier this week, middle grade author Elissa Brent Weissman (NERD CAMP) guest blogged about geeking out at the Baltimore Book Festival. And we had two very nerdy giveaways: one hand-knitted Pi bookmark (knitting is one of my super powers), and one NERD CAMP t-shirt. The winners are: Veronica (bookmark) and Barb (tee). I'll send you an email, ladies! Meanwhile, check out Elissa's awesome post.

As you know, fellow book nerds, I have been working on a middle grade novel-in-verse for five years. Five. The book has grown from a collection of poems in the voices of a fifth grade class, to a full length novel. And my children have grown from elementary schoolers into full-fledged teens.

The title of my book has had many iterations. Early on, the title referred to classic American novel-in-verse, Spoon River Anthology. Now it's called THE LAST FIFTH GRADE OF EMERSON ELEMENTARY.

Along the way, a few members of Miss Hill's fifth grade class have bitten the dust. Because "kill your darlings" is a real and necessary evil of revision.

A note from Snowball, the Queen-loving bird: Please visit our web site http://www.birdloversonly.org to purchase Snowball DVDs, shirts, and other items. Bird Lovers Only Rescue Service, Inc. is currently in need of donations in order to build a bird habitat. The sales of all DVDs, shirts, etc go towards funding this project.

Now that the book is finished (I mean it this time), I am going to spend several posts on poems and characters who I had to whack.

Yes, the revision process transforms me from uber-nerdy mom into a character hit-woman. Here, I must share the blame...uh, credit...with many friends and critique groups who have given me feedback during the five very long years of working on this project.


One of the first to go was my spelling bee champion, a word nerd named Sheldon Brooks (or Sheldon Burgos, depending on which draft). You can see poor Shelly "X'd" on the bottom left of the seating chart, above.

Shelly would have chortled at the song "Magic Foot."

Shelly was one of the original 30 characters, back when the book was a collection of voice poems. (It's now down to a manageable 21. Miss Hill is breathing a sigh of relief.)

In this sonnet, Shelly's obsession with interesting words ends up biting him in the butt.

Champion, champignon (French for mushroom),
victor, velocity, linchpin, legume:
spelling’s my forte. Each word, I adore.
I won the spelling bee in .

, revealing, compote, consommé,
I study words for two hours every day.
Simile, sassafras, plaice, pappillon
(that is a canine whose ear hairs are long.)

Lauding my prowess with letters and terms
I got to scan our yearbook and confirm
typos were absent, each name was unspoiled.
I verified, scrutinized, tested and toiled.

Now we are jubilant--yearbooks are here!
Then Ashlie looks at me with a smug sneer.
She points to my photo. The joke is on me.
I misspelled my name. Now I’m known as “Smelly.”

The documentary Spellbound was part of the inspiration for Shelly's character and this poem. The film is a fascinating look at national spelling bees.

Are you a word nerd? I love getting daily word etymologies from A.Word.A.Day This week's theme is fossil words, like "petard."

Have a fabulous weekend. Be heroically brave if you have to kill any of your darlings, writerly friends. Your book will thank you for it. 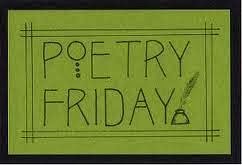 A dancing bird! A word nerd! A new book! An intimate look! Thanks!

Laura, congratulations on reaching a stopping point for your novel in verse! I can tell a lot of love has gone into this book... send it out, send it out, so the world can read it! xo

Poor Shelly was hoist on his own petard! Glad you shared his poem.

I am impressed by the ginormous binders. So much work has gone into this book, Laura! Glad you are content with its completed state.

Ha, Tabatha. Content for the time being, but taking a break before I tweak again.

Loved reading about your process! that is some ginormous notebook. And loved the poem - word nerds unite. I love looking at etymologies too!

Love, love, love the binder, highlighted notebook and seating chart with X marking the crime scenes. Thanks for sharing -- nerds are my favorite folks!

Congratulations on saying 'it's ready, it's ready', Laura. But I do like Shelly, just don't know your book, so cannot tell why he's gone. So happy he lives on here in your post! I love that video, always love seeing talented kid perform! You didn't give any short "shrift" today! Thanks & best to the novel!

Shelly is great fun (and who doesn't love a word nerd!) Thanks for sharing, and congrats on finishing your draft!

I thought I was a word nerd until I read this post. It must be painful killing off a few lines and characters in your novel. A necessary evil, but no less painful I'm sure. Looking forward to reading it! :)

What a fun post! Well, except for the hit-man part. That probably wasn't fun at all. Love that dancing bird.

And I signed up for the A.Word.A.Day newsletter. My inner word nerd thanks you!

Congratulations! Love this look at your process and got a good laugh from it, too:>) And your post reminded me that a Clarion editor, when asking for a revision on poetry collection several years back, wanted me to add more layers/more characters and referenced Spoon River Anthology.

Hope you enjoyed your weekend away, Laura. Clearly you've been at full throttle for some time now! Now that Smelly... er Shelly has been set free, I think he should have his own nerdy t-shirt line.