Thanks to everyone who tried writing a Golden Shovel poem with me last week.

To review: the Golden Shovel is a poetic form invented by MacArthur genius award winner Terrance Hayes. You can read his original Golden Shovel here. Using a favorite poem by someone else as your starting off point, take the words of the first line or stanza (or any favorite line from the poem). Use those words in order as the end words for each line of your new poem.

The poems I'm featuring today--Golden Shovels by Linda Baie, Michelle H. Barnes, and my poem based on a William Carlos Williams favorite--describe autumn in their imagery and tone.

I have to agree with Joy's (who blogs at Poetry for Kids) comment on last week's post. One of the biggest challenges in writing a Golden Shovel is dealing with line breaks. When the form requires ending on a word such as "from," "a," or "the," how does the poet make the line feel unforced? Not easy. Beginning with a haiku or other noun-rich poem, as Joy suggested, is good advice if you want to try a Golden Shovel.

Margaret Simon of Reflections on the Teche told me that poet Nikki Grimes ran a contest with this form. Although the contest is over, Grimes' explanation of the Golden Shovel is kid-friendly. Stop by her blog if you'd like to check it out and try it with your young writers.

Here is Linda Baie's contribution, followed by a few lines from her jumping-off poem, "Loss" by Carl Adamshick. Linda blogs at Teacher Dance.
The first line must be about the wind,in October, I feel the liftingof the trees, lighter now without the leaves,slipping like babies turning fromthe breast, into sleep, nestled in mother’s branches.Linda Baie © All Rights Reserved

It is nice to be without answers
at the end of summer.
Wind lifting leaves from branches.

The moment laid down like something
in childhood and forgotten, until later,
when stumbled upon, we think:
this is where it was lost.
Read the rest at the Academy of American Poets. 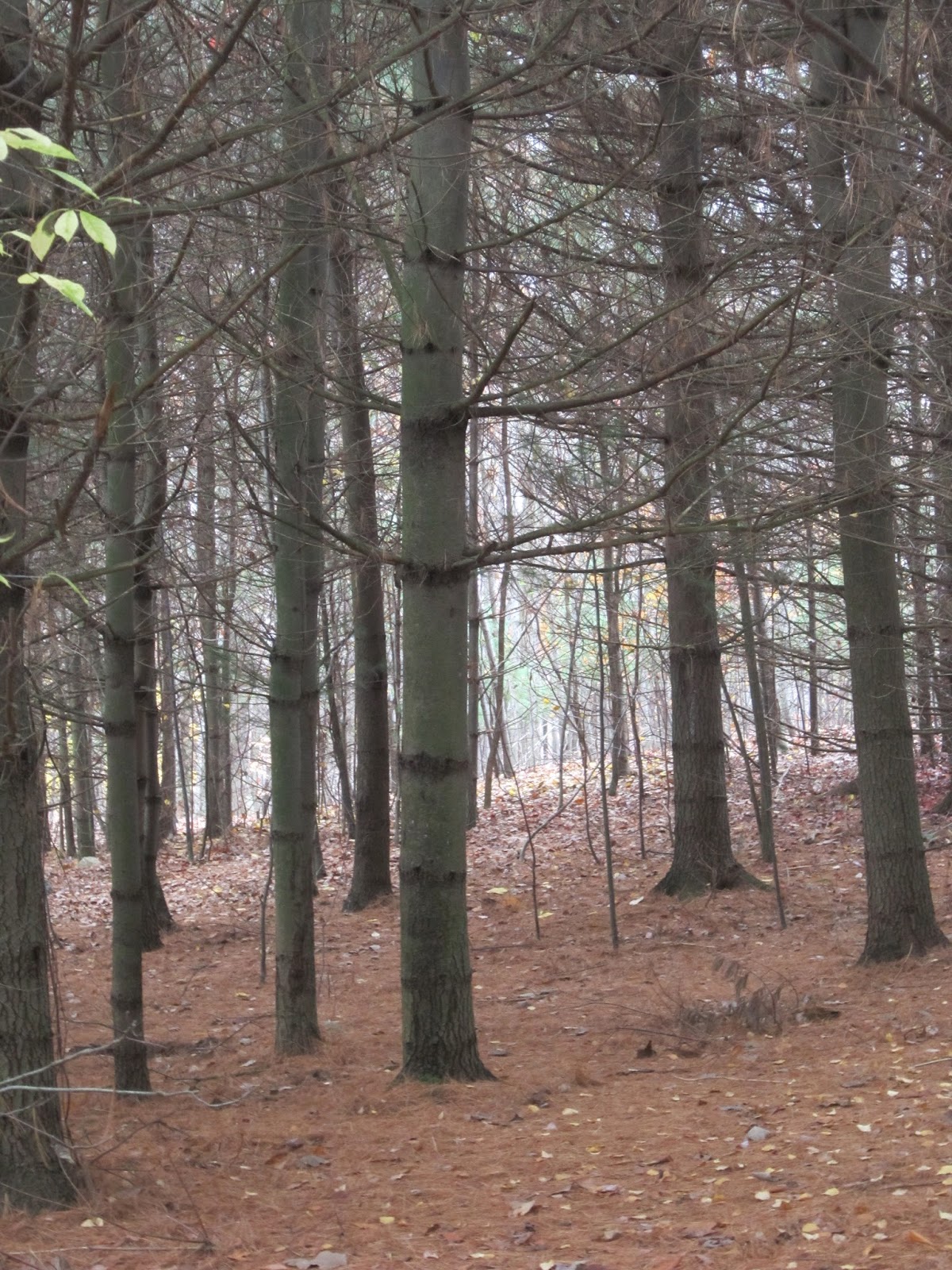 I'm amazed that Linda's poem has such a different feel from the original, even though she "found" a line of Adamshick's poem for her own piece, and both are set in autumn.

Michelle also chose a favorite line for the basis of her Golden Shovel. The words at the end of each line come from the third line of Adelaide Crapsey's "November Night." You can read "November Night" at the Poetry Foundation.FallenSoft, mottled leaves, likeGrandma's hands, pause on the stepsat the threshold of memory. A subtle passing,in, then out, like distant ghosts. © 2014 Michelle Heidenrich Barnes. All rights reserved.

I love the way the ghosts travel from Crapsey's poem into Michelle's original piece.

You can see me working overtime in my new Golden Shovel, trying to make the end-words feel natural. As a writing exercise, this stretched my thinking and took the poem to unexpected places.

Rain today, so
I’m not doing much.
Sad, how productivity depends
upon the weather. I put my feet up on
the hassock, read postcards signed by “A.”--
anonymous pen-pal, whose favorite ink is red.
Here is a card depicting a waterwheel
in Notogowa, another from the town of Barrow
in Alaska – photos glazed
with fingerprints of those they traveled with
to reach me in the rain.
These cards bear the mark of water,
smell of the perfume samples they sat beside
in my mailbox, nestled between the
magazines and a flock of dull envelopes, white
as a hen house full of chickens.

Ever since the 2013 Poetry Postcard project, I do have a friend with whom I exchange postcards. He's not anonymous and doesn't write in red ink, but, I'm always glad to receive a postcard from poet Charles Rammelkamp. (You can read about Charles' loves of postcards at this post from 2013.) The most recent one he sent was of Prince William, Duchess Kate Middleton, and Prince George. Maybe Charles remembered that my mother is British.
Posted by Author Amok at 8:15 PM

These are all so very good! Thanks for sharing these as well as the concept of Golden Shovels. I've been trying to find the time this week to write one myself and just haven't been able to pull it together...hopefully by next week!

I am impressed, ladies! Truly.

This seems to be the month for introducing new forms--perhaps to prepare us for the long, long, long winter when we need the distraction of a form.

Wow- impressive work. I love that form - will give it a try. Thanks, Laura.

Wow! Linda and Laura, it is an honor to be sandwiched between such beautiful poems! Though my first tries were atrocious (because of the reason you mentioned in your post), I am now officially in love with this form. Thanks, Laura, for the introduction!

PS: the glow paint is a nice touch, thanks!

These are amazing - so interesting to see how the poems were connected to the original, but morhphed into something wonderful and all their own.

Very interesting to read about this new form. Everyone did a great job with their poems -- quite a challenge!

Enjoyed this collection of poems very much! A while back I tried writing poems where every line started with the same letter, and I feel like both forms have similar challenges. Nicely done, all.

Thank you, Anonymous. You're very sweet! Do I get to know who you are?

Some few minutes at my retreat lets me thank you, Laura, for posting my poem. I love that you wrote about postcards, which keep returning to your life, don't they? And Michelle, those memories laid down with leaves, a beautiful image. All seem to have a tinge of melancholy. I suppose that is what fall is often linked to.

What a fun new form to try! Three cheers to you and all of your shovelers!!

These are so great!

Great poems, all--and this form looks like a fun challenge. Will have to get out my shovel and give it a try.

Amazing contributions, Linda, Michelle, and Laura. I especially like the line: "nestled in mother's branches" from Linda's poem. Golden Shovels are intriguing. =)

These are great, Laura. I especially like how you included smell in yours. I hadn't heard of the Golden Shovel form before. Something new for me to try!

Thanks, everyone. What I'm hearing from you -- and from Michelle and Linda -- is that the form takes practice. A few attempts, playing around with different foundation lines or poems, trying it out. That's one of the reasons I try new forms, to play around.