It’s Day 23 of Author Amok's 2015 poem-a-day project. We are spending February writing in response to sounds.

For a full description of the project and how to participate, please read this post. I hope you'll join us. I'll continue posting poems from Day 23 as they come in. Thanks to everyone who has sent in poems so far.

Poet Heidi Mordhorst suggested today's sound clip. In her words: "I'd be very inclined to include a few heart-grabbing, bum-shaking riffs from the classical greats to the rock n roll standards." One of the bum-shaking riffs Heidi recommended was ...

our Day 23 prompt, the opening of "Smoke on the Water" by Deep Purple. 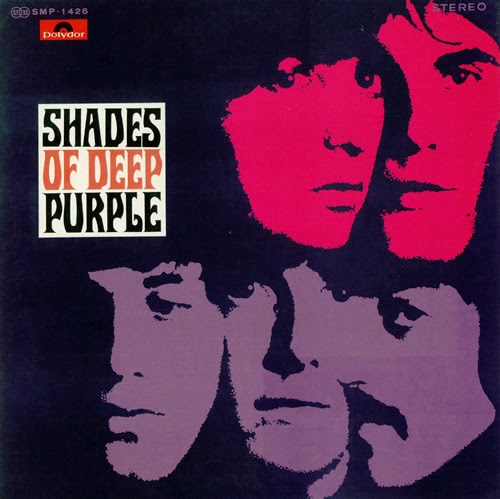 Sitting in the upper tiers of a rock concert, we might encounter some second-hand smoke. Be forewarned, today's poems get a little trippy and may not be for younger readers.

One of my favorite current songs is "The Bones of You," by the British band Elbow. The whole concept of the song is how hearing a thread of melody can trigger memories of a time, a place, a person.

Here is Linda Baie's offering on that theme.

When I hear it…

Inside I ignore
my reliving those days.
I really don’t wish to explore.

The beat thrums a song,
brings the earliest ways
of rockin’ as we rolled along.

The spark of the rave
ignites riffs of the dance
to pulsing Deep Purple in waves.

I wish something new.
Not the old notes replayed,
yet ever still thinking of you.

The opening of "Smoke on the Water" is working on Mike Ratcliffe's memories too. See Mike's website for a little bit more background on his poem.

Smoke on the Water on the Brain
by Mike Ratcliffe

What is it about those notes?
They are stuck on my mind.
Simple notes to start the song,
’bout as basic as you’ll find.

Takes me back to junior high
in the nineteen seventies.
Years that I’d like to forget,
but these notes won’t let me.

Smoke on the water,
I rarely hear it played.
Cuz I only listen
to Indie rock these days.

Margaret Simon has invited us all to a mini-concert. Here is her poem, embedded in a video of her nephew Jack playing Djembe. Rock out!

Diane Mayr's poem reminded me of when my kids were little. In the car, I would put on classic rock stations and they had to guess the band. If they couldn't recognize AC/DC, Led Zeppelin, The Ramones, or Van  Halen, I  was horrified. Their education was incomplete!

A child of the early
days of television
I often find myself
a contestant of the
in-my-own-head
"Name That Tune."
I can name a tune
in two or three notes.

$30 was a big prize
when we played
along in front of
the old black and
white RCA console.
Today my prize is
infinitely larger--
my memory, if notmy mind, is intact.

I like the way that Patricia VanAmburg dropped a little modern reference into her Deep Purple poem.

I went in the opposite direction, with a 20th century reference. I learned that the name "Deep Purple" came from a dance-hall tune of the 1930s (source). I used a stanza of that song's lyrics to structure my poem.

When deep notes sweep across the roaring stadium
and the fog machine softens the edges of the stage
in the blue spotlights, we are teenagers again,
singing "Smoke on the Water" until our voices are a memory.

When the deep purple falls over sleepy garden walls
And the stars begin to twinkle in the sky—
In the mist of a memory you wander back to me
Breathing my name with a sigh...

I like Charles Waters' focus on the name of the song, "Smoke on the Water," for his poem today.

Movement to the beat-
fast, lively, full of heat,
sweet rhythm for my dancing feet.

Music picks up-deep and strong,
for life's dance, no right or wrong
when mixing with a clapping throng.

Sway and step to swinging sound.
Listen for those hearts that pound
and fill the space with joy that's found.

Come along. Sweep the world with me.
Dance to the tune of possibility
opening doors to let spirits free.

Finally, that bum-shaking, heart-grabbing music-lover Heidi Mordhorst has a poem for us.

Smoke on the Water
by Heidi Mordhorst

the music came first.
you play that game too:
radio’s on, song so familiar now
you can sense the seed of it,
where it started—
maybe the hook, the title, the bridge,
the wordless shouting chorus.

pick-up truck
crashes into
a fuel tank
and the flames
flare up,
dirty black smoke
on dirty water,

And here, with another take on music and memory, is Elbow's song "The Bones of You." Enjoy!

Monday, February 23
Smoke on the Water

Those were a trip. Such evocative language in so many. I love your "Name That Tune" reference, Diane. Spot on for the experience of hearing that tune. Laura I love your first line: "When deep notes sweep across the roaring stadium." Wow. That really brings back some powerful, loud memories.

I didn't want to listen to the video, can already feel that beat. Love all the poems again, such good voices here! I like that you did the research and used the older lyrics in your poem, Laura.

Thanks for choosing my riff, Laura! My poem is about how songs get written, which remains kind of a mystery to me, although I imagine I can tell...

I'll send you my poem, just called "Smoke on the Water," by email. Hope you have time to post it!

Whoa--Elbow:
"and it's you, and it's May,
and I'm five years ago and
three thousand miles away..."

We who live in music know that spinning inner ear re-placement, don't we?